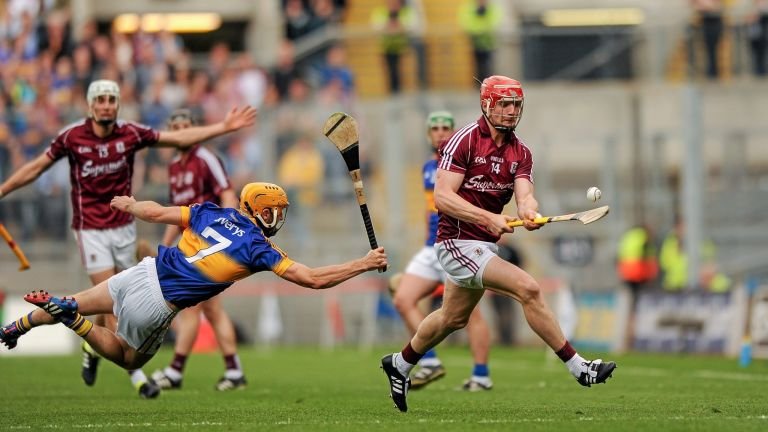 What’s the link between All-Ireland winning teams and a successful financial plan?

What’s the link between All-Ireland winning teams and a successful financial plan?

In this blog I discuss the similarities between All-Ireland Winning teams and Successful financial plans.

The ultimate goal for any inter-county team when pre-season starts is to bring home the Sam Maguire or the Liam McCarthy that year. Enda McNulty, a well-known sports psychologist, won an All-Ireland with Armagh in 2002. This Armagh team left no stone unturned to win an All-Ireland and they were a catalyst for the level of professionalism now required to win an All-Ireland. McNulty recalls a players meeting held six weeks after losing the 1999 All-Ireland semi-final to Meath. In this meeting, Tony McEntee spoke with a hard edged Crossmaglen accent and said “it would be a disgrace if this team does not win an All-Ireland. This team should be thinking about nothing else but winning an All-Ireland”. From this point on, this Armagh team raised the bar and planned meticulously constantly setting goals. All the planning and preparation paid off when they won the Sam Maguire 3 years later.

The building blocks of every financial plan require goals just like that Armagh team. For someone in the early stages of their career, the goal may be about career progression, investing in yourself and putting yourself in a position to purchase your own home. As your career and life progresses, you need to think long term or time will pass you by. It’s a good idea to target an age you would like to retire at and the level of income you would like to live off. The recent development of sophisticated financial planning software allows you to work back from that goal and set out what is required to reach that goal. Once this target is set, you have a plan to work towards and as you will know you are more likely to achieve this goal if it’s written down.

2: You need the right blend of defense and attack.

The great Brian Cody Kilkenny teams over the past two decades illustrate this point. Brian’s teams were ferocious in the tackle constantly blocking and hooking in waves. You need a strong foundation in any team and Kilkenny exemplified this with defenders such as Jackie Tyrell, JJ Delaney and Tommy Walsh to name but a few. They implemented this strong defensive system without sacrificing forwards for a sweeper system which we see creeping into hurling and this allowed their gifted forwards to illustrate their class and skill.

Every financial plan should have a solid foundation. Build an arc and protect yourself, your family and your income first and foremost. Any parent that has the financial means to spend €50 a month to protect their family in the event of death or illness but has not done so needs to take a serious look in the mirror. Unfortunately, accidents do happen, people do get seriously ill and if you have not protected yourself for such an event, your family could suffer.

In terms of investment strategy, you need to know when to attack and when to defend. It’s best to adopt an aggressive attacking strategy in the earlier stages of your financial plan to get a good lead on the scoreboard. There will come a period in your plan as you approach retirement age when you have to adopt a more defensive strategy to protect the compound investment growth you achieved over time similar to a team closing out a game with a 5 point lead.

3: There will be tough days but you need to persevere

The prime example of a team going through tough times is the Jim McGuiness Donegal All-Ireland winning team of 2012. 12 months prior to beating Mayo in the All-Ireland final, Donegal were beaten by Dublin by one point in a game dubbed “the game from hell”. It took Dublin 60 minutes to register their first point from play and this Dublin team went on to win the All-Ireland. McGuiness later stated that they got the defensive part of the strategy right but hadn’t mastered the art of counter attacking. The game came too early for them but McGuinness stuck with his beliefs, made some adjustments and ultimately won the All-Ireland the following year.

The toughest part of a long term financial plan is withstanding a difficult period such as a drop in markets which will inevitably happen. When this occurs, it’s important to remain calm and remember the level of diversification in your portfolio will ultimately prevail. Sure, adjustments will have to be made by your financial broker as the market changes but it’s important not to listen to the “noise” in the media similar to how Donegal players blocked out the negative media reaction to their defeat. The value of your portfolio may drop at some point, but so long as you are not over exposed to one particular company, region or asset class, the value of your portfolio will recover and grow over time.

4: Don’t put all of your eggs in one basket

Most successful teams have a good spread of scorer’s and don’t over rely on one player. Kerry’s over reliance on Kieran Donaghy in 2017 was shown with Mayo’s recent victory in the semi-final and Galway were guilty in the past of depending too much on Joe Canning. On the  rare occassion that Joe didn’t perform, Galway didn’t perform. Now Galway have a much wider range of leaders and scorers across the team so they are less dependent on one player to get a victory. You could say that Dublin have the most diversified team. They have multiple scoring sources ranging from Jack McCaffrey’s blistering runs up the pitch, Brian Fenton’s regular 1 – 2 point contribution from midfield and a panel of 12 forwards that have the capability of giving any of the top defenders in the country a roasting.

A lot of Irish people got burned from betting everything on Irish property and the same individuals more than likely also had Irish bank shares that were wiped out. I think most people have learned from these mistakes. The mistake I see some business owners making is they have an over reliance on the value of their business as a retirement plan. Just because a business is successful today does not mean it will be successful in 5, 10 or 20 years. Or the lump sum they were expecting from selling the business may go out the window if the next generation want to take over.

The plan B I recommend for such clients is to transfer company funds into a tax efficient pension structure. There are no Benefit In Kind implications and the company benefits from corporation tax relief on the transfer. This will give company directors two potential tax free lump sums on retirement and an additional income source in retirement.

5:  A bit of luck along the way helps

In my view, this is the one that has prevented the Mayo footballers from winning an All-Ireland. The closer Mayo get to winning an All-Ireland, the more severe their bad luck. Is it the infamous curse put on the last All-Ireland winning team in 1951? Or is it the lack of belief at crucial periods in the game? Even Mayo’s arch rivals Galway are hoping that Mayo get the rub of green and overcome the devastating defeats in recent years.

You can’t account for good luck when creating a financial plan. There are times when a bit of luck can make life a whole lot easier though. The best example of this is a client of mine that retired with a pension pot of €320,000 in 2013. I recommended my client to set up a self-administered post-retirement fund called an ARF to purchase a physical property. He hadn’t been aware of this but on foot of this advice he purchased a property portfolio for €120,000 which currently generates a rental income of €24,000 per annum tax free within the pension structure. This is a 20% rental income yield/return on his investment. If he was retiring today he wouldn’t get the same portfolio for double the price so timing is everything. He is plain sailing in retirement due to seeking advice at an opportunistic time.

6: It pays to have the right person guiding the ship

The Galway hurling panel and Mayo footballers took the bold steps of getting their respective managers sacked 2 years ago. Both sets of players were ridiculed by GAA commentators in the main media channels including The Last Word and Off the Ball. The players didn’t believe they had the right person guiding the ship so they took an unprecedented step in orchestrating the sacking of Anthony Cunningham and Pat Holmes/Noel Connelly. In a few weeks, we will find out if Michael Donoghue and Stephen Rochford are the messiahs who can bring long awaited success back West.

If you are willing to commit to starting a financial plan even at a basic level, you need an advisor who has the expertise to create your long-term plan, the tools to illustrate this plan in a graphic simple format and most importantly someone you can trust will have your best interests at heart. If you achieve your goals, you can celebrate your victory when you retire. You may not have 82,000 people cheering you on but trust me there will be a serious sense of satisfaction.

Daniel Hardiman of Hardiman Life & Pensions is a Chartered Accountant and Qualified Financial Advisor who specialises in financial planning for professionals and company directors.